With the very low restenosis rates of the RAVEL [33] and SIRIUS [35] trials, interventions were performed on more complex blockages in the coronary arteries, under the assumption that the results in real life would mimic the results in the trials. The antiplatelet regimens that were advised for the drug eluting stents were based on the early trials of these stents.

Further data published over the following year had conflicting results, [51] and it was unclear whether stent thrombosis was truly higher when compared to bare metal stents. During this time of uncertainty, many cardiologists started extending the dual antiplatelet regimen of aspirin and clopidogrel in these individuals, as some data suggested that it may prevent late thrombosis.

The FDA held an expert panel in December to go over the data presented by Cordis and Boston Scientific to determine if drug eluting stents should be considered less safe than bare metal stents. From Wikipedia, the free encyclopedia. Am Heart J. 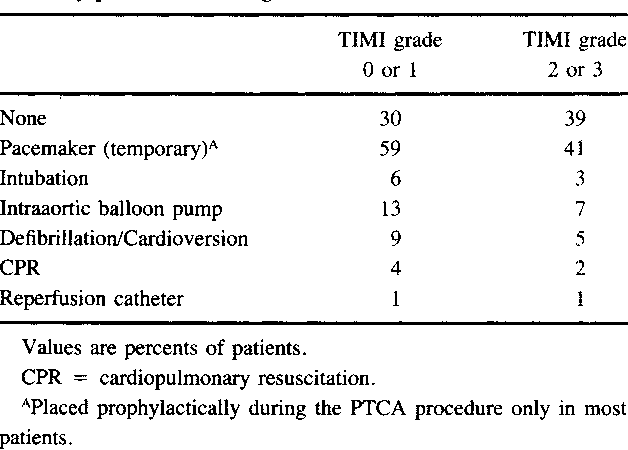 We collaborated with the interventional cardiologists at Wake Forest University Health Sciences to develop a strategy to best manage these patients. Both medications are necessary in order to 1 prevent platelet activation and adhesion eptifibatide and 2 prevent thrombin formation heparin , which again causes platelet activation and clot formation.

Both eptifibatide and heparin have short half-lives, necessitating these drugs to be given as intravenous infusions. Further, both drugs can be stopped 6 hours prior to surgery with complete return of platelet function and coagulation. Cooperation between anesthesiology, cardiology, and surgery are of the utmost importance.

The surgeon may elect to proceed with surgery while the patient remains on clopidogrel and aspirin. Alternatively, if the surgeon feels that perioperative clopidogrel will be deleterious in terms of increased surgical bleeding, then the following protocol will be instituted:. Clopidogrel is discontinued 5 days prior to surgery a cardiology consult should be obtained prior to discontinuation of clopidogrel. The patient will be admitted to the appropriate surgical service 2 days prior to surgery to receive bridging therapy eptifibatide and heparin and prevent stent thrombosis.

IV eptifibatide and heparin infusions will be discontinued 6 hours prior to surgery to 1 facilitate normal intraoperative platelet function and coagulation, and 2 allow for regional anesthetic techniques to be performed preoperatively. In conclusion, DES represents the most current therapy in interventional cardiology. However, late stent thrombosis is a major problem with these devices. In fact, the FDA has recently reviewed the safety of these devices, and new recommendations regarding dual anti-platelet therapy may be forthcoming. By utilizing a combination of eptifibatide, heparin, and aspirin, the risk of stent thrombosis will be markedly reduced in the perioperative period.

However, we will continue to address and modify our therapeutic approach as the dynamic nature of this subject continues to evolve. This is an important patient safety issue because of the high mortality rate if stent thrombosis occurs. This advisory addresses the issue of premature discontinuation of antiplatelet drugs in patients with drug-eluting stents, including patients presenting for non-cardiac surgery.

The Advisory will be published in the February 13, issue of Circulation. Coronary-artery stents. N Engl J Med ; Several case reports of massive intracoronary thrombosis also described successful recovery of coronary blood flow after intracoronary thrombolysis using alteplase [ 14 ] and tenecteplase [ 15 ]. However, the thrombolytic agent doses used through intracoronary routes are usually much lower than those used through intravenous routes. In our case, a massive thrombotic occlusion occurred in the ectatic RCA. Coronary ectasia is defined as a diffuse dilation of a coronary artery to a diameter at least 1.

Various reperfusion strategies including MAT alone, simple balloon angioplasty, pulse-spray thrombolysis, intracoronary thrombolysis and mesh-covered stent implantation have been proposed in STEMI in ectatic coronary arteries [ 19 — 21 ]. Several randomized controlled trials have reported that rheolytic thrombectomy was more effective than MAT in thrombus removal and myocardial reperfusion in patients with STEMI, although there were no differences in infarct sizes and adverse cardiac events following PCI between rheolytic thrombolysis and MAT [ 22 , 23 ].

Simple balloon angioplasty might increase the risk of distal embolization after intracoronary thrombus is incompletely removed. Prolonged intravenous heparin infusion is a viable option for the remaining thrombus after MAT in ectatic coronary arteries [ 24 ]. However, for ectatic coronary arteries, because the sheer amount of thrombus is massive and blood flow is slow, no single strategy would be sufficient.

In fact, we employed multiple strategies namely MAT, balloon angioplasty and intracoronary thrombolysis during the PCI to achieve a good immediate result. We think that the additional anatomical and physiological information obtained by IVUS and by measuring the fractional flow reserve helped us avoid stent implantation, which could have led to incomplete stent apposition. Self-expendable stents have been introduced for patients with complex coronary anatomy including aneurysmal dilation, which may also be an alternative strategy to avoid difficulty in stent apposition, as shown in our case [ 25 ].

In conclusion, catheter-directed intracoronary thrombolysis may be a safe and effective alternative reperfusion strategy that may be selected when MAT alone fails to achieve sufficient coronary blood flow in the culprit vessel in STEMI associated with massive thrombosis in ectatic coronary arteries. J Am Coll Cardiol. Angiographic stent thrombosis after routine use of drug-eluting stents in ST-segment elevation myocardial infarction: the importance of thrombus burden. Thrombus burden and myocardial damage during primary percutaneous coronary intervention.